You're Hired!
Welcome to Anomaly Hunters!

I guess I should quickly explain what the concept of the show is: we find haunted locations, you go there, destroy the thing, and film the whole process! Is it legal, well... Probably not... But is it cool... Heck yes!

Anomaly Hunters is a monster hunting tabletop roleplaying game, within which you play as the protagonist of an investigative reality TV show that tries to find weird creatures and get rid of them. It takes a lot of inspiration from Supernatural, Deadtective, The Cleansing Hour and all those paranormal shows that are extra cheesy, but still fun!

FEATURES
- Take the role of one of the crew members, using cool archetypes such as the Tech Guy, the Medium, the Witch or even the Exorcist.
- Easy to print at home and get started playing right away!
- Simple rules that focus on the story, leaving a lot of narrative powers to the Game Master and Players.
- Random tables for different parts of the game, making it easy to create situations on the go
- And more!

This work is based on Breathless, product of Fari RPGs (https://farirpgs.com/), developed and authored by René-Pier Deshaies-Gélinas , and licensed for our use under the Creative Commons Attribution 4.0 License (https://creativecommons.org/licenses/by/4.0/)

In order to download this game you must purchase it at or above the minimum price of $5 USD. You will get access to the following files:

Support this game at or above a special price point to receive something exclusive.

If you are in a financial hardship, but do want to enjoy this content, help yourself with a community copy!

I ran Anomaly Hunters for a group of four and we had a great time with it! It was the first time any of us had used the Breathless system and found it worked well for this! There was an underlying tension that could be, and was, alleviated by Role Skills and seeing PCs work together to up the show's Cool Factor was an absolute delight.

We took about 30 minutes at the start to go over questions and make minor adjustments to ensure the comfort of everyone in the group. From there we played our first episode, where my notes amounted to: Ghost - Haunted Mansion, Clown. Group found a tarot deck and decided to do a reading in the house with everyone drawing a card, and that wound up really shaping the story of this ghost, a circus clown who had been upstaged by a charlatan magician and who wanted quite badly to be the Best Act and make people laugh. Part of why the episode did so well was because of the appreciative comments made by the National Clown Assc. about how this Ghost Clown had not been adhering to their standards with his frightful behaviour. It was funny, it was fun, and took us about 90 minutes!

A quick break later and we decided to play a second episode where the issue was Zombies at a farm. I'd been apple picking the day before so based the setting off of that place, and this episode was entirelllyy different to the first in that where the first was more intrigue and vague interactions until the very end, this one saw the group encounter - and fight - a zombie within the first 15 minutes! It was a really different tone, and both me and my players enjoyed the vastly different stories we were able to tell. (Group wound up setting nearly the entire farm on fire, which made some of the ending shots harder to see due to smoke, but they still did a fantastic job with making it a Cool Episode.)

Anomaly Hunters is currently on hiatus in our story universe due to the Face ending Ep. 2 with 4 stress and needing to go spend a bit of time decompressing, and healing from his injuries.

This was a fun game for our group, especially because any creepy content was scary for the PCs, but not for the players themselves. There were plenty of opportunities for people to use their Role Skills and Items and, in our second episode, their Skills proper. Seeing how the group managed item use and worked together to keep their equipment (and themselves) in good working order was satisfying from a facilitator's perspective, and despite the high-stress the PCs were in, we as the people behind them had a good 3.5 hours laughing, joking, and making a cool limited series tv show!

We are so glad you had fun! It's always cool to hear from people who played our games!

All of these episodes looked so fun! We do have to ask, was this streamed, and if so, is there a VOD, we would like to watch it so much!

They were a blast - thanks for making them possible! It was not streamed so unfortunately there is no VOD but should ever that change in future I'll reach out. 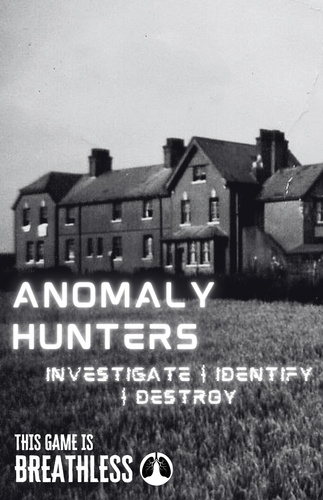 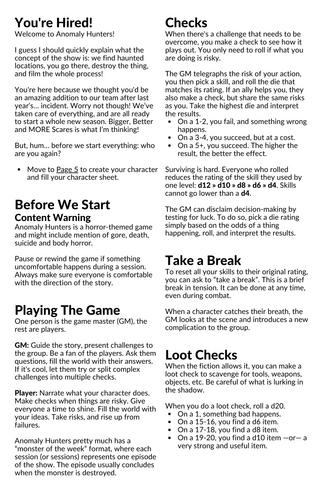 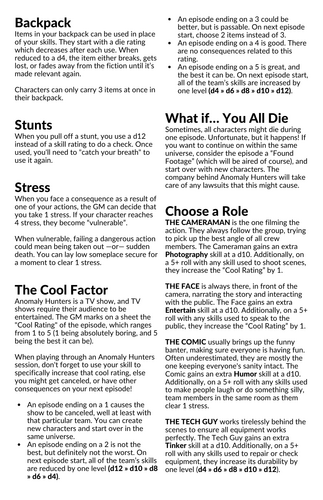 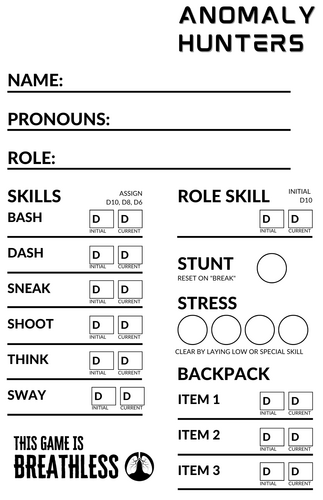